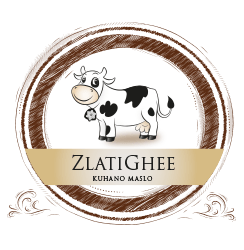 Golden Ghee is prepared from the raw butter of free-range cows that live a natural life, according to ecological (Rudolf Steiner & Maria Thun) highly prescribed standards even over the winter. “We create this oil completely by hand, in a 70 to 80 hour long and continuous cooking on the fire”

Golden Ghee (gi) is boiled or refined butter, culinary gold, which is indispensable in various traditional cuisines of the world.

Records about Ghee go back thousands of years in history, and its versatile use and many beneficial effects were also known to our great-grandmothers.

Its exceptional usability is an ideal alternative and a quality substitute for many oils and fats, as it contains a variety of fatty acids and is lactose-free.

Golden Ghee has a higher smoking point than many oils, so it is great for baking and frying all kinds of dishes, while deepening and expanding the flavor of the prepared meal.

It is an ideal addition to side dishes such as grinders, rice, mashed potatoes, sauces, pasta and the like.

It is wonderful for roasting spices, you can spread it on bread on its own, with jam or make your own spread with it.

We use it in the preparation of excellent desserts, pancakes, pralines, bread and other dough products.

“We create this oil completely by hand, in a 70 to 80 hour long and continuous cooking on the fire”

This is followed by manual casting, closing, controlled cooling and then rest. In a few days, we continue to inspect the pots, which we manually shape into a harmonious corporate image.

A glass of butter then continues to rest in a balanced environment in which it is also formed through several enriched stages of transformation.

Due to its efficiency and universality of use, Ghee is also called golden oil, as it contains the essence of nature, which, like a bee, was composed by a cow with our help.

Ayurveda has been celebrating all these properties for thousands of years, and for many it is a pillar of quality cuisine and is the secret of "la Chef".

The modern problem of humanity is energy-impoverished, practically dead food, which is incapable of giving man the vital force he needs to live. The foundation of bio-dynamic agriculture is the perception that animals, plants and man represent the whole, to which the entire universe (cosmos) interacts with the forces of the planets of our solar system and the constellations of the zodiac. The more we understand this interconnectedness and natural rhythms and know how to use these principles to their fullest, the more we are able to produce healthy and LIVING food.

Biodynamics is not only a sustainable way of farming, but also a way of life, a life philosophy. Biodynamics refers to working with the energies that create and sustain life. The word is derived from two Greek words; bios = life and dynamics = energy.

Therefore, in biodynamics, a farm is an organism whose organs are fields, meadows, orchards, plants, animals, and humans that function as a cohesive whole. The farm thus produces food, its own seeds for further reproduction, while maintaining its natural balance and plant diversity through crop rotation, with natural preparations and preparations it protects and strengthens the plants and permanently revitalizes the soil with compost.

Bio-dynamic method, which is used as a method of agriculture of the future dr. Rudolf Steiner left to mankind, and which has established itself as the oldest, most thoroughly researched and successfully tested ecological method in all climatic zones of the Earth, allows us to turn the helm of human intervention into nature on the path of life. For the benefit of all living things, including man.

Dr. Steiner noted in the Agricultural Course that the forces of vital importance were coming from the zodiac and should be well studied. It was precisely 50 years ago that Maria Thun addressed this issue and has been reporting her findings since 1961 in the annual Sowing Manual; it has been published in the Slovene language for twenty years. The sowing manual of Maria Thun after her death in 2012 is being prepared by son Matthias K. Thun and daughter Christine Schmidt Rüdt. Through experiments, Mary Thun tested the impact of individual constellations on plant growth and transformed her findings into direct instructions and a labeling system for each day of the year. This has made it easier for the general public to work, bringing both planetary influences and bio-dynamic farming / gardening closer.

The sowing guide gives us the knowledge of when is the best time to sow and work in order to be as successful as possible. It takes into account not only the influence of the moon, but also the other planets and their positions. Working according to the Sowing Manual is an important part of the bio-dynamic method for gardeners and farmers. From the qualities of cosmic rhythms, we can also choose especially valuable moments that, when used for sowing, significantly affect the regeneration, that is, the improvement of plant health.

The mode of milk production demeter

“Ghee increases the intellect, stimulates longevity and is an aphrodisiac that protects the body from various diseases.”

Excellent quality ghee, the best I have ever tried! I love, in particular, the eco golden ghee in baking, the taste and texture are simply delicious...many thanks too for the beautiful gift received with my order :-)

Simply AMAZING! After trying so many ghee products from around the world, I've finally come to best there is. It's so much better and more useful than popular HVBO (high vitamin butter oil) if you wish to maximize the effect of taking fermented cod liver oil. Anyway, it's perfect to use on its own, just adding it to food in various ways (spreads, soups, sauces, baked goods, fresh produce, while sauteing, toasting, roasting and even straight to coffee, tea and hot cocoa). It also magnifies the taste and texture of all sorts of homemade nut butters (alm If you're a fan of Paleo breads and muffins, Zlati Ghee is the best thing ever that will incorporate into your delicious treat. This ghee tastes mild, with a touch of sweetness that rounds up to perfection. It has completely taken place over coc. Definitely recommend Golden Ghee to everybody! Will be buying loads of it :)
Cheers from Croatia!